We'd love your feedback!
Use the following form to send us comments or report any problems you experienced finding information on our website. We read all feedback carefully, but please note that we cannot respond to all immediately.

On Wednesday, May 25 2022, FOREST EUROPE, together with the International Forestry Students Association (IFSA) and the International Union of Forest Research Organisation (IUFRO), held the webinar “What’s forest education up to in Africa and Europe” in which several forestry students and lecturers had the opportunity to learn from Prof. James Kung’u and Prof. Mika Rekola, the lead-authors of the Africa and Europe of the latest regional assessment reports on forest education published by FAO in 2021.

The most discussed topics were the role of policymakers in connecting educational needs with the ministries in charge of forestry, the role of primary and secondary education in creating a sense of importance towards nature, the lack of technological and digital tools, and the motivations that lead young people to study forestry.

In one the answers, Professor James Kung’u stated that the only way to get forestry ministries to devote more funds to education is to make preservation a tangible concern of the population. And this can only be achieved through a good curriculum that starts from the early years of school learning. Therefore, one of the major differences found in both reports is the structure of the curricula and the type, quantity, and quality of forestry-related jobs available.

In this one-and-a-half-hour session, each region’s lead author had a separate space to present the results of the reports in terms of needs, opportunities, gaps, and approaches to forestry education programs in Europe and Africa. This was followed by a round of direct and open-ended questions from three forestry students and early career scientists from the two continents to the authors. Questions were asked from different angles such as how one educational system could learn best from the advantages of the other from both African and European perspectives.

One of the attendees, Dr. Fola Babalola from Nigeria affirmed that it is time for forestry professionals to invite government officials and policymakers to their meetings in order to inform them about the importance of biodiversity and forestry conservation. Professor Mika Rekola supported Dr. Fola’s opinion expressing that “forest professionals could be more extrovert and do more communication with public and policymakers”.

Joining student organizations such as IFSA and helping in creating projects that improve forest education were other proposed actions to get involved at an early stage of the forester’s career. As another example, exchange programs for staff and students were suggested because some African universities already have Erasmus+ exchange programs with their European counterparts. For instance, IUFRO just made an open call for funded short scientific visits for female early career professionals (deadline 31 August 2022).

On the other hand, Professor Mika Rekola emphasized that in Europe much of the change that has taken place in recent decades to draw attention to forest preservation and obtain resources has been due to student action and entrepreneurship. For him, it is important that projects and ideas come directly from students because it is very difficult for it to happen the other way around. As examples of direct student actions, he mentioned IFSA’s TreE-Learning platform, which was born as a response to a need to fill the gaps in formal and informal forestry education.

Before the end of the webinar, attendees had the opportunity to ask questions directly to the authors. There was a participation of close to 50 users connected simultaneously both in the Zoom meeting and in the live broadcast on LinkedIn Live from the FOREST EUROPE website. Attendees also shared relevant links to scholarships or exchange initiatives of interest in the chat. 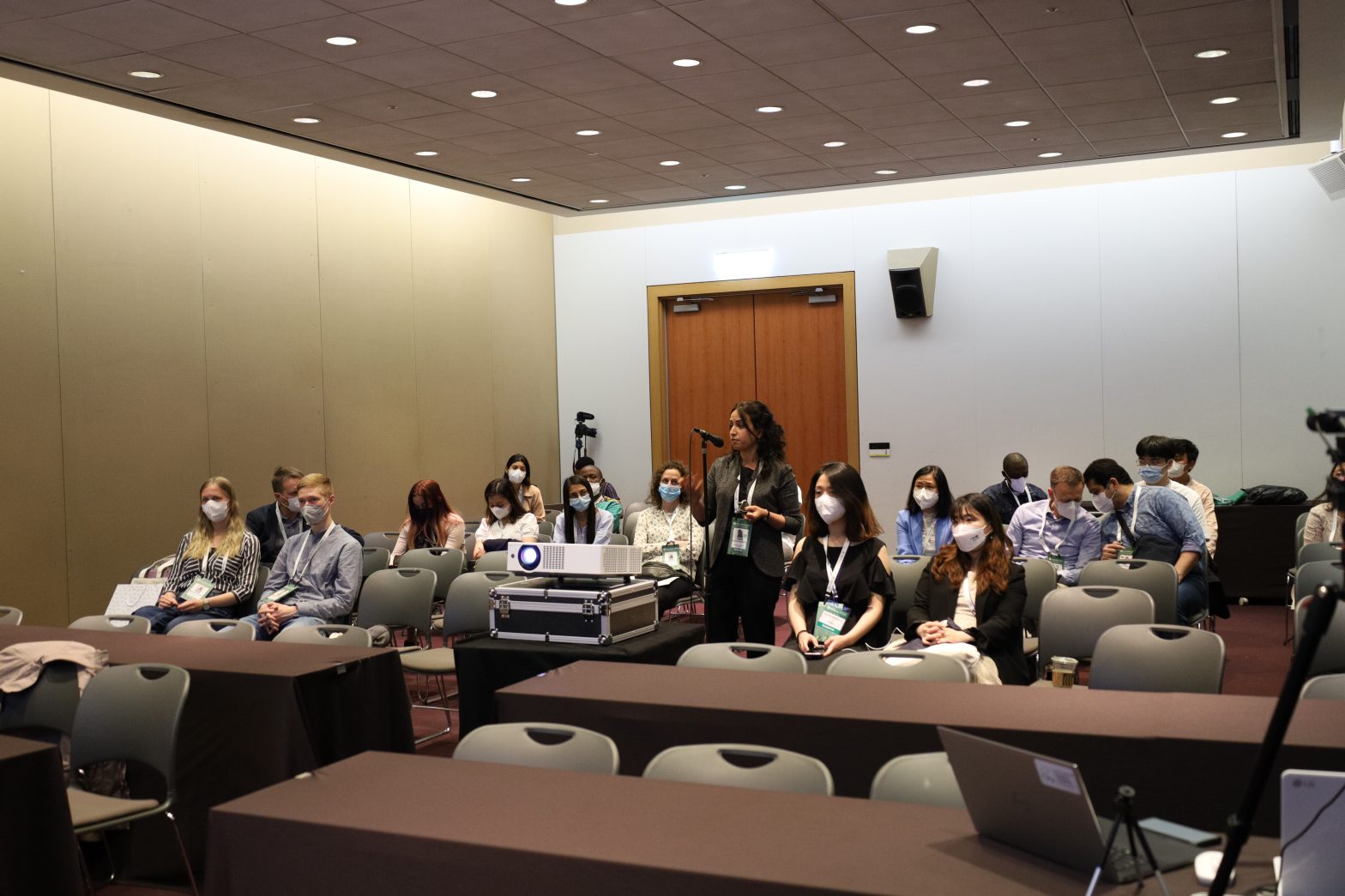 Education, employment and policymaking in the forest sector: a joint discussion during the XV World Forestry Congress 2022

The nature of employment and occupational demands in the forest sector keep changing, due to significant, overall changes in the sector including globalization, digitalization, changing societal demands, and climate change. […] 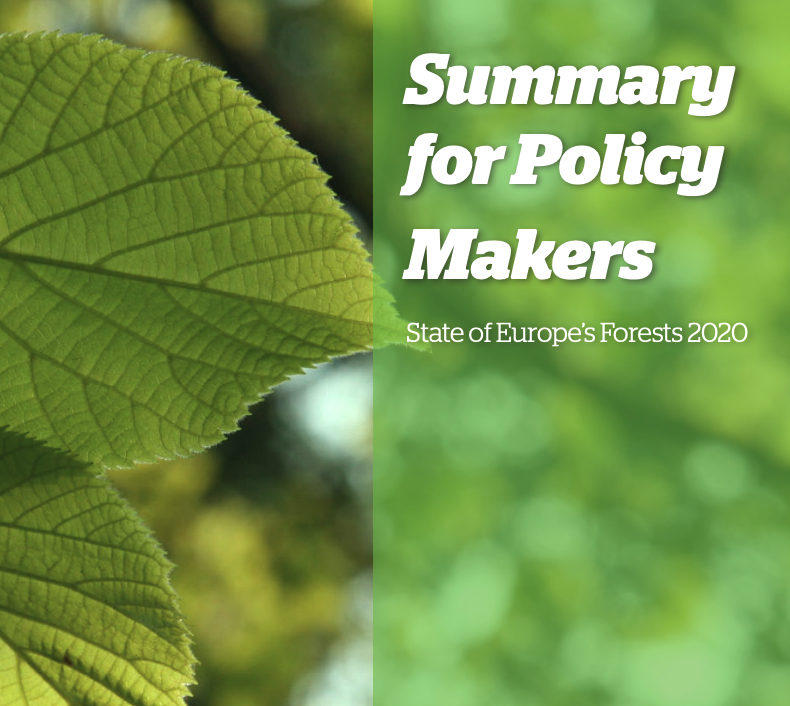 The Summary provides a brief overview of the main facts from the upcoming full report. In a comprehensive format, based on the pan-European criteria for sustainable forest management, it presents […] 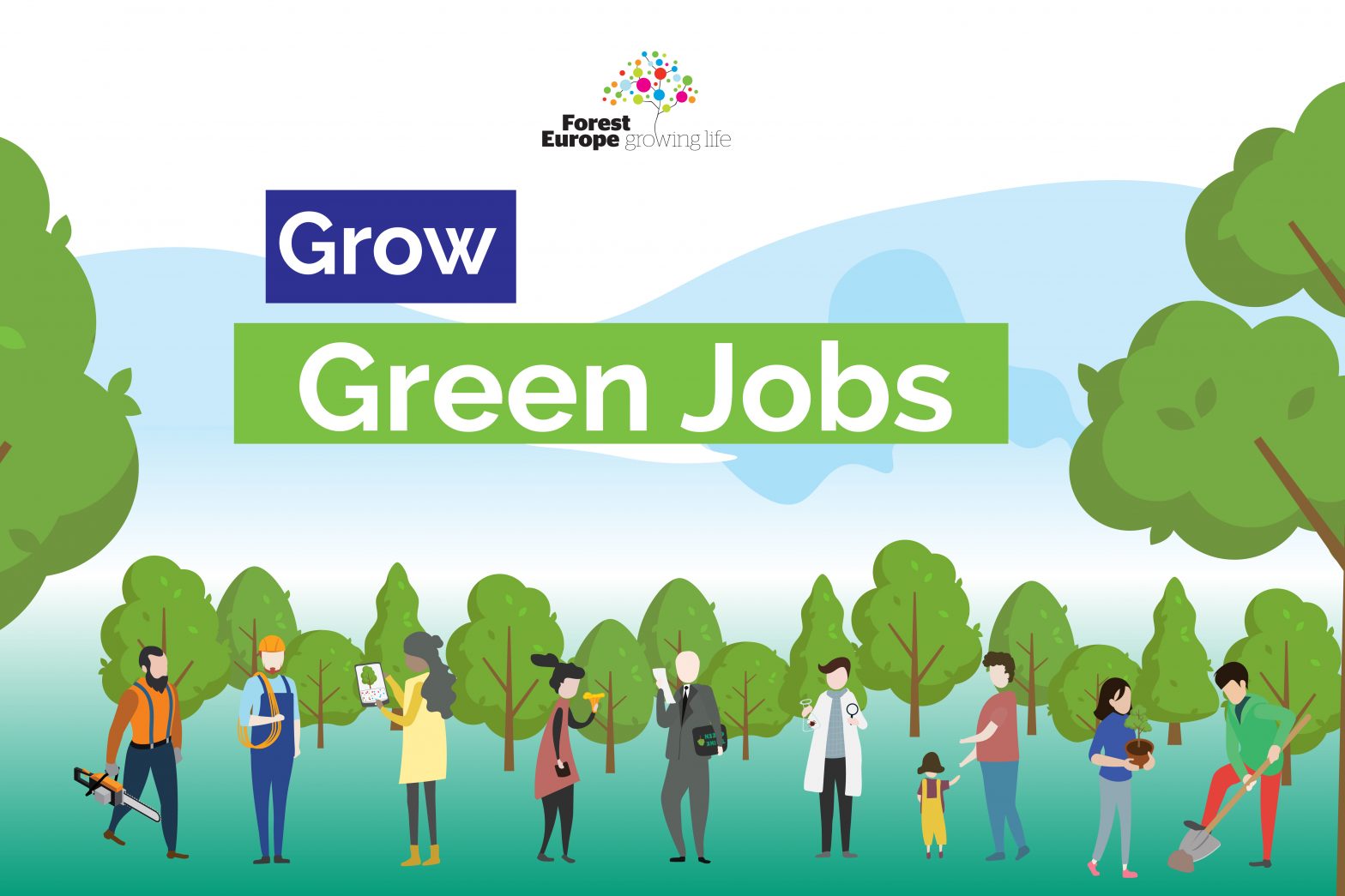 FOREST EUROPE would like to invite you to take part in our current online Tag and Share Instagram campaign: Grow Green Jobs! The campaign aims at raising awareness among students […]